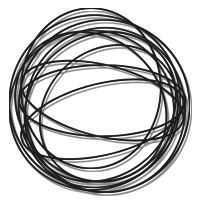 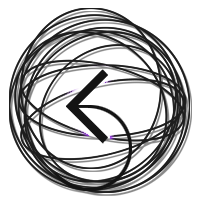 Interactive Intelligence and Genesys: 2014 to 2021

In 2013 Interactive Intelligence started to build their next-generation cloud CX on the OrgSpan platform.

2015 PureCloud became their lead offer and rapidly started to grow market share - moving from UX into Product Marketing I found a new career.

Interactive Intelligence 2015
PDF of one of 6 website buyer personas derived from PureCloud UX work
Interactive Intelligence 2016
eBook "Hadoop the Shard!" was written to explain cloud concepts to business users, while also opening a conversation on our cloud architecture for technical readers.
Genesys 2018
90-second animation on AI adoption in contact centers, based on an interview converted to narration and external content. (hosted on YouTube)
Genesys 2021
PDF Datasheet: Limitless GigCX, companion to conference event announcing a new partnership.

OrgSpan (originally OrgBook) was a 2012 startup, I was one of seven founders committed to cloud technology from day one.

OrgBook Persona Mapping March 2012 taking advantage of growth space in our office, structured brainstorming on tasks and personas with team collaboration
OrgBook May 2012 concepts for hierarchy views and rules (PDF - 3 sheets scanned)
OrgBook October 2012 wireframe interactive HTML for usability testing admin functions and navigation (HTML mockup - one of many versions)
Orgspan Tablet Design April 2013 simultaneous development of browser, Android, and iOS mobile applications - a refined mockup in Photoshop for our iOS programmer
Orgspan was founded to build cloud tools for organizations that would connect to other work management apps - and roll up work into corporate goals with gnostic tracking.

Along the way we built a scalable cloud enterprise communications platform with rich hierarchy and groups you could build manually, or with rules.

This quickly led to a buyout from Interactive Intelligence.

WebAssign was an eleven year old online homework system spun out of the physics department at NCSU, now owned by Cengage.

Brainstorming wall at WebAssign, new content development
Concept for a new tutorial system. (Ink and colored pencils)
Part of a series of sketches for a next-generation question wrapper at WebAssign. (Ink and colored pencils)
Next-generation question wrapper shows further development of question wrapper in a wireframe by UX designer under direction. (Fireworks on Mac)
'Show Your Work' math equation editor tool. Built in HTML5 by an outside contractor by extending the DIJIT text editor; the equation mode shown was one of several tool extensions planned for different academic disciplines. Common tools are loaded on the top row. (Photoshop on Mac)
'Show Your Work' math equation editor tool. Specialized symbols are on rollover tabs that extend down, with popular functions from those tabs available in the second row - these symbols are working (and repeated) buttons for quick access that also provide users with scent to the contents of the hidden functions. (Photoshop on Mac)
Instructor navigation concept using hierarchical breadcrumb headline. One of several quick variations exploring simplifying nav menus and reducing the number of different legacy views in the product. (HTML/JS/CSS mockup)
Presentation Gantt chart for project roadmap and release dates. Color coding - yellow for UX design, green for development coding, dark green for development architecture. (Omnigraffle on Mac)

Lulu Press is a just-in-time publisher for authors to upload PDF or DOC files and create simple book covers, or create photo books with a flash web editor.

An eCommerce engine supports sales, and purchased projects are routed to print companies around the world to reduce shipping distances.

As director of a team of UX talent, I focused on strategy, stakeholder collaboration, and user testing.

Collaborations with IT teams in Finance and eCommerce.

Workflow diagrams for new research portal showing alternative behaviors, part of a larger series of concepts. Concept A - Users search to add sections to their watchlist/reports page. (Ink and colored pencils)
Wachovia research portal Concept B - Subscription model where users add alerts for automatic updates delivered via eMail. (Ink and colored pencils)
Worktracker, an internal PHP-based tool for managing web design and production. Starting with a functional but unattractive mess with many specialized screens, I interviewed users, developed a list of issues, and went straight at the forms through HTML mockups for testing and approvals. The actual changes took a week to implement, and we merged functions to eliminate half the old views. (HTML/JS/CSS mockup)
Wachovia FinanceWeb Login, part of a series of projects with an internal IT team dedicated to the Finance Department. Projects included web-based reports builder with dynamic XLS output, and a replacement reconciliation engine with web-based rules creation and editing. (HTML/JS/CSS mockup)

A long relationship with Peachtree began in 1992 with consulting on PAW release 2.0, a major redesign which resulted in big sales and critical acclaim. Continued consulting development on PAW 3.0 and Peachtree Accounting for Macintosh, before joining Peachtree as Interface Architect from 1994 through most of 1995.

Another Peachtree Ad on Awards
Peachtree won so many awards that they became central to their advertising message.

This Mac-based software was awarded a Gold Industrial Design Excellence Award from BusinessWeek and the IDSA, 1 of 25 given for all US products that year.

Developed as a consulting project, the Fit interface compares families of pacemakers and leads and classifying the combinations using simple icons, and was initially built for a phone support team.

Medtronic 'Fit' Application allows modeless entry of identification data in whatever order a doctor calls out through dynamic menus and an X-Ray id search dialog.

Ethnography research with the Medtronic technical support team was key to design of the quick and simple interaction. (Macintosh software written in MacApp)

Pacemakers have two components: the titanium-cased pulse generator and the silicone coated platinum electrical lead which is inserted into the wall of the heart. When a pacemaker is replaced after four years of use, it is connected to the previously implanted lead. Since there are different designs for the lead connectors and many manufacturers, understanding which pacemaker and/or adapters to order is very complicated.
Medtronic 'Fit' Dynamic Menus show fit indicators beside choices to quickly identify combinations without hiding other alternatives.

Once a selection is made, a click on the icon drills down to detailed information on the parts and their fit, even including emergency procedures when there are no alternatives. (Macintosh software written in MacApp)

Industrial Design is a relatively new profession with roots in the 1920s Bauhaus school. Education focuses on a user-centered methodology, identifying needs, collecting and organizing information, building alternatives and evaluating them, iterating, and project management to hold it all together.

PTS Laserdisk Training Controller prototype PC board and enclosure mockup for a 1988 training system (PC board and wood and plastic model)
Apple Interactive Store Display Apple wanted to develop a distinctive interactive retail point-of-purchase display for marketing Mac-compatible CD-ROMs in computer and software retail stores where floor space was at a premium. This design featured a self-contained Mac demonstration system with a custom graphic interface and an oversized trackball, but no keyboard, housed in a locking clear acrylic housing. The display had clean shapes and adjustable shelves to fit a variety of CD packaging. The footprint was designed for use at the end of an aisle, as a standalone unit, or in a corner. (Design concept, prototyping, Macintosh demo software for trackball)
Citibank CSST Staff Terminal was a 1989-1990 project to explore how to introduce data mining and targeted cross-selling technology into bank branches, SpectraLogic built full-scale furniture and custom software to test CSR to customer scenarios. Quantitative user tests were run in three cities.
Endo-Tech Laparoscopy Handpiece development sketch and production unit for a disposable surgical instrument for minimally-invasive gall bladder (Endoscopic Laparoscopy) surgery. Handpiece controls suction (white button) and irrigation (blue button) with a cauterizing Bovi probe inserted through the stainless canula via a self-sealing valve at the back. Hoses exit through the back to reduce tangling. Design goals were superior handling, easy control differentiation via color tactile cues and a reasonable production cost. After initial sketches wood handling models were used to evaluate handling with doctors and surgical technicians, more models were used to work through manufacturing issues and develop the final design. Steven Braun of SpectraLogic contributed the great majority of engineering and followup design work.
CSI Oxytrol Conservation Device is a unique oxygen conservation system based on a sensitive flow sensor circuit developed by SpectraLogic cuts the amount dispensed by up to 60 percent, and saves nasal tissue from irritation. Designed to be used by a primarily geriatric market, the controls were simplifed and state displays were both visual and audible. The shape makes the unit easier to grip and carry. A threaded boss and belt hook on the back made the unit easy to mount.
GEC Head-mounted Display Concepts a 1993 project for a UK-US defense contractor to develop a belt-mounted CD-ROM and carrying system for a personal HUD, to be used for access to aircraft data, schematics, and repair procedures used in maintenance. Four prototypes were constructed from development of the bottom concept.
Chase-Manhattan Branch Demo Kiosk this 1992 standalone system was designed to show bank customers how easy the Chase touchtone phone-based bill payment system was to use. The kiosk held a 486 PC with a soundcard; a simple reference flip guide shows the commands. The guide furniture was designed so the print guide could be replaced with a touchscreen in later versions to cover all of the bank's product lines. The furniture-inspired shape was designed to blend into the variety of interior styles in Chase branches. It was equipped with rollers on the back edge for easy repositioning, and had lockable storage for marketing collateral.
PTCA Cardio Angioplasty Inflation Device used for balloon angioplasty procedures, this design featured a digital pressure indicator. A variety of actuation methods for controlling the pressure were developed and tested.
Oki Phones early 1990s cellphone development covered the transition from heavy bag phones to multi-board digital spread spectrum designs.
Tool Designs for Delta and Porter-Cable included a line redesign for Delta's shop tools, and Porter-Cable jigsaws and heavy routers, from 1984-1988.

Communications is crucial to the success of any project. Ideas must be presented in a form that resonates with the audience, that is useful for their purpose, that carry enough meaning to be effective across disciplines and through layers of management...

Many more examples available on request.

S1 discussion diagram translated industrial design methodology from products to software. (Photoshop on Windows)
Venn diagram covers tasks and overlapping UX acivities at Lulu. (Photoshop on Windows)
Quick diagram for non-programmer execs at WebAssign used to explain deep linking. (Ink and pencil sketch)
Old online portfolio, originally built in 1997. Optimized for dial-up use with next page images pre-fetched as 1x1 pixel dots along bottom of layout. Page layout via tables with in-line arguments -- looking back at this makes me very happy for modern semantic HTML!
Thanks for taking a look!